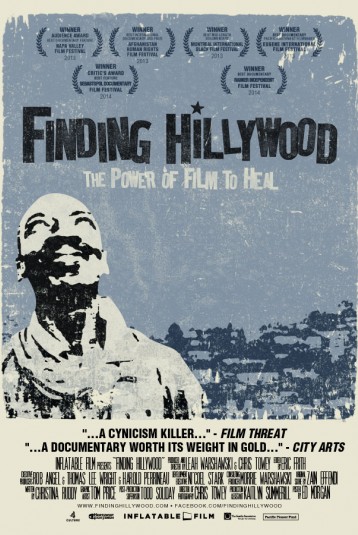 A homegrown filmmaking community has developed in Rwanda, with aspiring filmmakers making films by Rwandans for Rwandans. Further, they are teaching others to be filmmakers as well. Cognizant that their audience includes rural communities, they undertake a moving film festival, bringing portable equipment from village to village, knowing that their presence is a major event. Many of these films are dramas that deal with the issues of the genocide, topics that all Rwandans understand as they work through their own healing and forgiveness.

FINDING HILLYWOOD is an award-winning film about the transformative power of film. You can’t help but be taken in by the excitement of young filmmakers learning their craft, by children so excited to see a film that they’ll sit through a rainstorm, and by the beauty of the hilly Rwandan countryside.