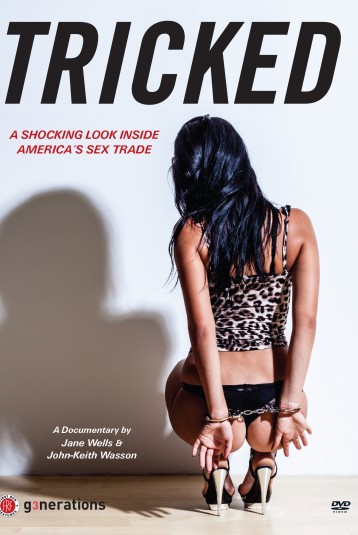 Modern-day slavery is alive and well in the United States as thousands of victims are trafficked throughout the country to satisfy America’s $3 billion a year sex trafficking industry. Meet the pimps, the johns, the police, the parents and the victims of the America’s thriving sex trade in TRICKED, a comprehensive documentary that uncovers America’s dirty secret. It’s an industry that is fueled by greed, fantasy and the commercial sexual exploitation of American children and girls.

Embedded with the Denver Vice squad, TRICKED follows Sgt. Dan Steele and his colleagues in their dogged pursuit of traffickers and devotion to rescuing victims. In Las Vegas, ground zero for escort services, Las Vegas Police detectives work to hit traffickers where it hurts them most, by seizing their financial assets. In New York, Chicago and Las Vegas, brash and unrepentant johns reveal the how, why, when and where of what they call “a hobby.”

From Sgt. Steele to the survivors, TRICKED weaves together dramatic, disparate, inter-dependent characters and provides an unflinching view of the world of sex trafficking, the almost incomprehensible and disturbing bonds between the traffickers and victims and the seemingly insurmountable challenges faced by law enforcement nationwide.