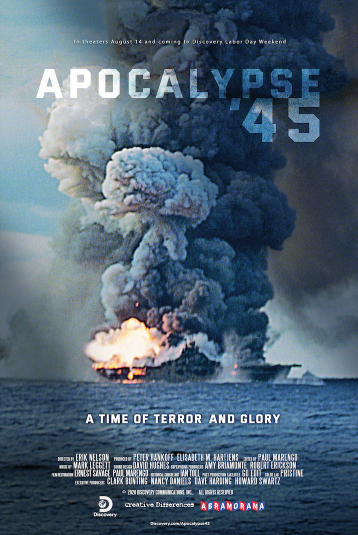 After the success of Erik Nelson’s previous archival feature The Cold Blue the National Archives opened their vaults and allowed access they had previously denied to over 700 reels of this footage, covering the harrowing expanse of the final months of the War in the Pacific. Very little of this material has ever been screened, and none of it has ever been digitally restored, frame by frame, to 4K. In addition, another treasure was uncovered and restored -- astonishing new footage captured by legendary director John Ford. In essence, a “lost film” by Ford, it depicts the ruins of the Pacific Fleet, and the terrible aftermath of the surprise attack on Pearl Harbor.