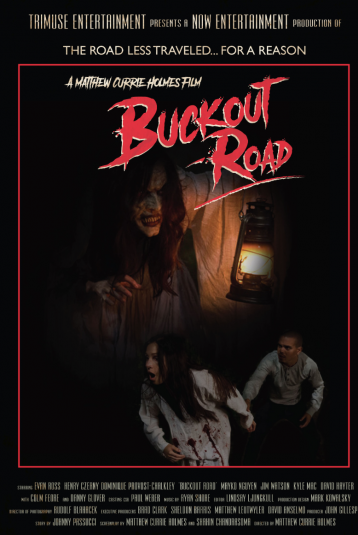 The Devil's Path might be known as the most haunted road in New York State, but nobody really believed it… until now. A college class project on modern mythology turns deadly when a trio of students and an on-leave soldier discovers a series of horrific urban legends surrounding BUCKOUT ROAD: The Devil's Path may actually be true. The deeper they dig into the road’s dark history, the more dangerous their quest becomes.
From witches burning at the stake, to backwoods albino killers to a modern, unstoppable stalker, writer/director and horror-film aficionado Matthew Currie Holmes leaves no genre unexploited.