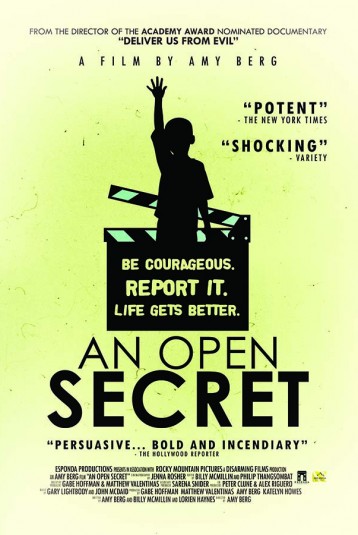 A feature documentary from Oscar nominated director Amy Berg, AN OPEN SECRET is an expose of the sexual abuse of minors in the film business that connects with some of the most high profile and influential members of the entertainment community. The film follows the stories of five former child actors whose lives were turned upside down by multiple predators, including the convicted sex offenders who owned and operated the now infamous Digital Entertainment Network (DEN). Just as suicide was a topic that many shunned, this is one of the last taboo subjects to gain traction in one of the most controversial films of 2015.